One of the questions most often asked when people learn about the Shabtai Levi Home is, “There’s child abuse in Israel?” Regrettably the answer is “yes”. Tremendous stress, beyond anything we have to cope with in Canada, contributes to drug and alcohol abuse. Children are often the targets of rage, frustration and poverty.

Every newborn infant and child at the Shabtai Levi Home has his or her tragic beginning. Born normal for the most part, these children have all developed problems as a result of various forms of physical and emotional abuse and neglect. Yet they still have a good chance of recovering their potential and returning to a normal course of development.

There should always be a Shabtai Levi Home with the resources to provide care for Israel’s abused children - and with your help, there will be. 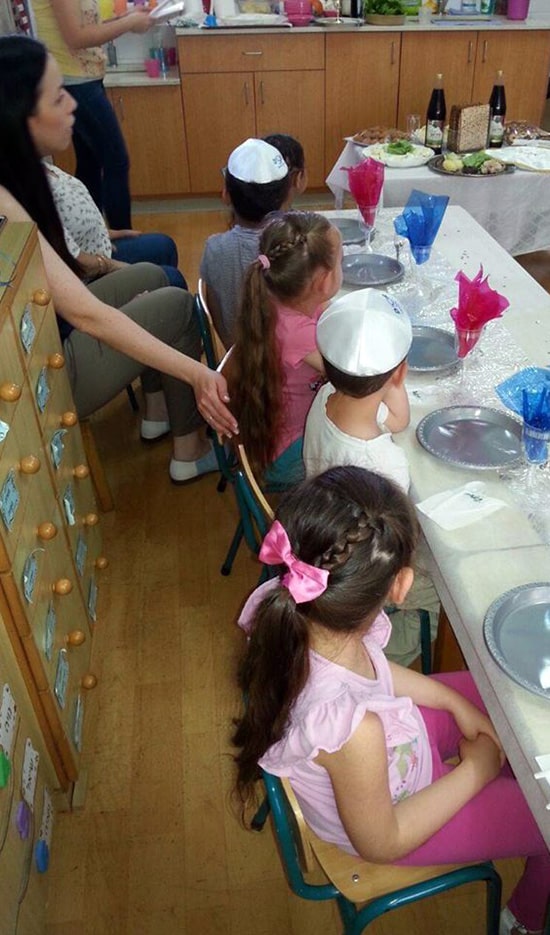 Meet Shai (Hebrew for “gift”) whose entire fifth year of life was spent wandering the streets of Haifa alone. Rejected by his mother for his extremely violent nature that he learned at the hands of a “monstrous father”, Shai had yet to spend a day in school. Just five years old, he was fending for himself on the streets while others his age played in kindergarten. Taken into the Shabtai Levi Home, Shai is doing remarkable work with his therapists. He already understands the concept of abused children becoming abusive parents. Shai is now visiting with a host family and everyone involved in his transformation hopes to see a beautiful relationship develop with this new family, eventually becoming a foster family in the near future.

Maya, also five, was deprived of her mother’s love long before she was placed in The Shabtai Levi Home. Maya lost her mother to chronic severe depression and institutionalization; she was even rejected by her foster parents. It was almost impossible to connect with Maya; almost impossible to comfort her during her endless weeping. Finally, after weeks and months of patient care at Shabtai Levi, Maya settled in. Next comes the challenge of finding her a permanent home.

Uriel, aged seven, the fifth child of divorced parents, hadn’t been washed in months. He refused to bathe and after much negotiation with therapists at Shabtai Levi, the reason became apparent; Uriel was concealing a knife in his trousers. A violent child, not able to focus for more than one single minute, Uriel had been exposed to his father’s abuse of his second wife and a short-lived reconciliation between his biological parents. Uriel was sent “home” to his mother and witnessed a vicious attack on his mother by her new partner after which Uriel’s mother literally ran for her life and abandoned him. Uriel was devastated. Literally, there was nothing left of this little boy. To survive in the streets, he resorted to the only two constants in his life, violence and theft. Placed by the Juvenile Courts at Shabtai Levi, Uriel has slowly begun to recover, allowing hugs and comfort and becoming a candidate for a long term foster family.

Osher’s parents were brought up in an endless cycle of violence and passed that abuse onto him.

Bat-El was abandoned in a restaurant when she was one year old.

Three month-old Dani was born an addict. His first challenge was withdrawing from his mother’s heroin addiction, constantly needing to be held due largely to his gastrointestinal pain.

We use cookies on our website to give you the most relevant experience by remembering your preferences and repeat visits. By clicking “Accept”, you consent to the use of ALL the cookies.
Do not sell my personal information.
Cookie SettingsAccept
Manage consent

This website uses cookies to improve your experience while you navigate through the website. Out of these, the cookies that are categorized as necessary are stored on your browser as they are essential for the working of basic functionalities of the website. We also use third-party cookies that help us analyze and understand how you use this website. These cookies will be stored in your browser only with your consent. You also have the option to opt-out of these cookies. But opting out of some of these cookies may affect your browsing experience.
Necessary Always Enabled
Necessary cookies are absolutely essential for the website to function properly. These cookies ensure basic functionalities and security features of the website, anonymously.
Functional
Functional cookies help to perform certain functionalities like sharing the content of the website on social media platforms, collect feedbacks, and other third-party features.
Performance
Performance cookies are used to understand and analyze the key performance indexes of the website which helps in delivering a better user experience for the visitors.
Analytics
Analytical cookies are used to understand how visitors interact with the website. These cookies help provide information on metrics the number of visitors, bounce rate, traffic source, etc.
Advertisement
Advertisement cookies are used to provide visitors with relevant ads and marketing campaigns. These cookies track visitors across websites and collect information to provide customized ads.
Others
Other uncategorized cookies are those that are being analyzed and have not been classified into a category as yet.
SAVE & ACCEPT